Welcome. I wanted to provide stripboard layouts I've made to help people new to electronics and even the more experienced get into different aspects of electronics.


I needed a little boxed amplifier to power a 4 x 12" cab for studio use so I came up with this little thing, it works well. because I wanted to have a battery powered ability to it I used the OPA134 opamp because it draws stupidally low quiescent current, in fact it draws barely any current when you're hitting it with signal either. I'm not one of those dickheads who thinks that putting a Burr Brown op-amp in a tube screamer in place of the 4558 that comes in it will sound better - it's an overdrive pedal if there is any difference it will be gain not "clarity" "warmth" and any of that other Audiowank people talk about.
Anyway this thing is pretty cool - IT NEEDS A HEAT SINK!
The reason I chose this specific IC (TDA2030) is because it was in just about every broken thing with an amplifier built into it in my junk shed - there were 3 in 1 TV - 6 in another, 6 in just one of the old cheap shit surround sound system things so it made sense to just use a salvage part since I have loads of them.
I'm not sure if it is pin compatible with higher wattage types like the TDA2050 etc. but maybe I'll look into that at a later date.
I'll include my hand drawn schematic and update it when I can be bothered to draw it in EAGLE anyway here you go 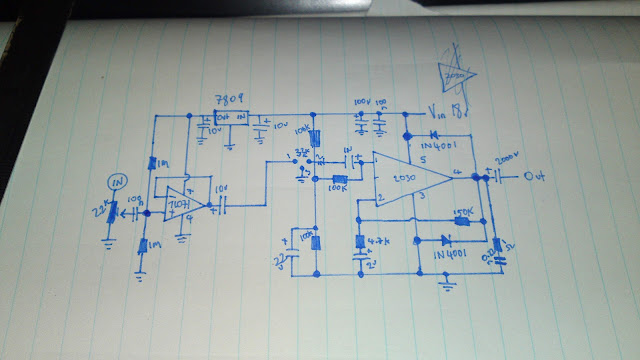 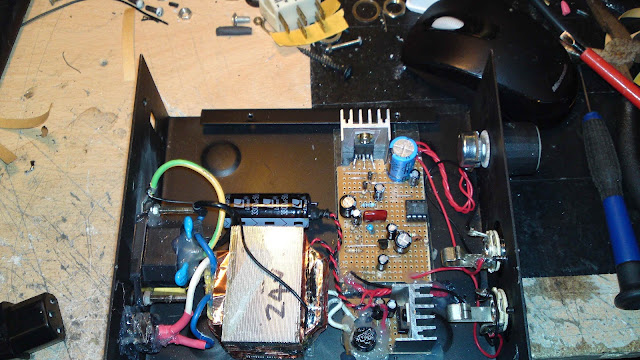 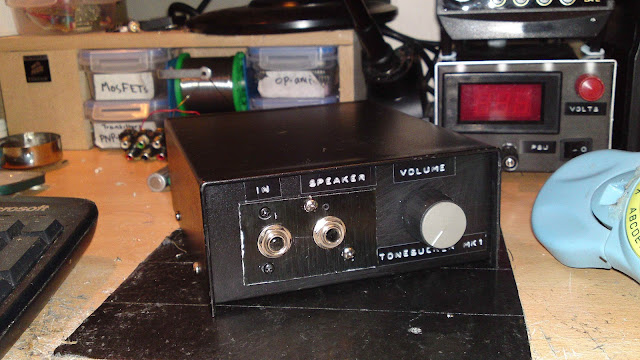 Feel free to embed this.